event-en
On July 31, 2020 at 3:00 p.m., the Cyber Science Center’s supercomputing system with SX-ACE, has been shut down for a system upgrade.
The old system has been in operation since February 2015 and has produced numerous results while being used by researchers across Japan. 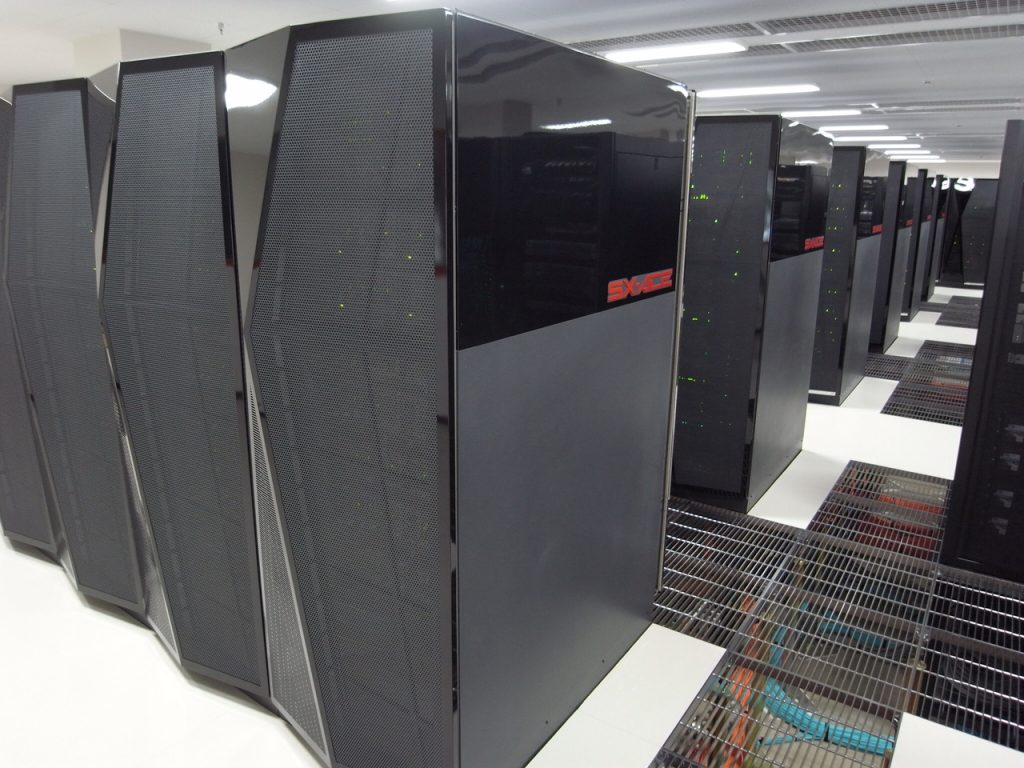 Here are SX-ACE at the time of its introduction (above) and before its shut down (below).
Let’s spot the difference! 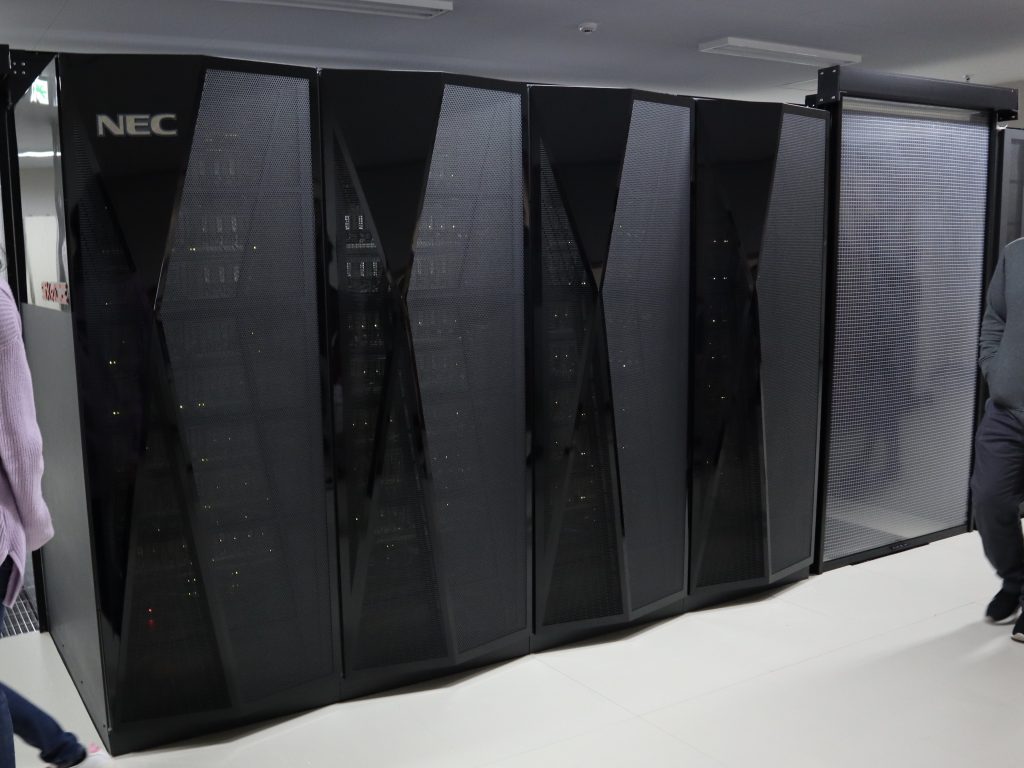 The answer is added “translucent partitions”!
SX-ACE is cooled by cold air drawn in from the front, and the warmed air is exhausted from the back.
By separating them with partitions, the cooling efficiency was improved.
Improvements in performance have been made while operation!
The system is currently being replaced with a new system with SX-Aurora TSUBASA and is scheduled to be operational in October 2020.
We are looking forward to it, including its nickname!
Click here for the list of research results from the supercomputing system (In Japanese)
https://www.ss.cc.tohoku.ac.jp/report/index.html